You are needed as a member of the Friends of the Eric Sloane Museum.  For a limited time, if you join at the Sponsor, Director, or President’s Circle Membership Level, you will receive a complimentary signed and inscribed copy of Aware:  A Retrospective of the Life and Work of Eric Sloane.  Help the Eric Sloane Museum and get a great book as a bonus! 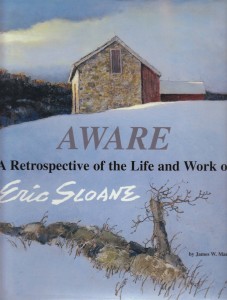 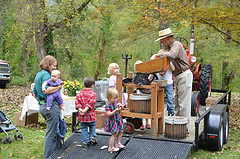 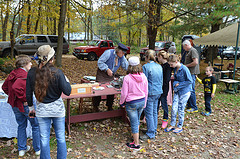 What an absolutely wonderful way to kick off our membership campaign event!  The weather had been threatening all week but, as if Eric Sloane himself intervened, the rain held off until the end of the day.  Many, many people came from Connecticut, Massachusetts, New York, Pennsylvania, Rhode Island, and New Jersey.  We were all impressed with the quantity and quality of the early American demonstrators – Joe Buda showed participants how early woodworking tools were used, Bob Copolla was busy all afternoon giving tours of the iron furnace to youngsters and adults alike and playing games with our youngest visitors – and he somehow found time to teach them to write with a quill pen!  Lance Kozikowski came to practice the art of tinsmithing and was seen throughout the day busily hammering and speaking with guests, Lynn White came with her husband Harold – Lynn created beautifully intricate lace and I am still uncertain as to how she has the patience to do so.  Harold crafted exquisite redware pottery – including a fantastic platter depicting a whale.  Elizabeth Wood demonstrated some serious dexterity, patience, and artistic craft crating baskets, and Samantha Guilbert happily spent the afternoon spinning wool and talking with her many visitors.  Jennifer Blain flexed some muscle at the blacksmith forge, adding the clang of a blacksmith’s hammer on the forge, which added an ambiance to the event of which Eric Sloane himself would have approved.

The food was universally acclaimed as delicious, including hamburgers, hot dogs, and Noah Blake apple cider pancakes, complete with real Maple syrup.  The Bischoff family rose to the occasion by manning the food, beverage, and dessert tables (as well as pumpkin sales and providing official photographer Grace – her work appears throughout this page) with the able assistance of Barbara Russ’s mother.  Lia Brassord baked homemade Noah Blake molasses cookies which were phenomenal, and Elissa Potts was kind enough to come with a carload of delicious apple pies from her restaurant, Kent landmark Fife N Drum.  Elissa is a supporter of the Eric Sloane Museum and the Friends group and was so generous to devote her time and 25% of the pie sales to the Friends.  Carl Dill set out an artistic and informative display on early New England stone walls (and filled an entire class on how to build dry laid stone walls in minutes), and Dan Cain and his brother Bill brought along a vintage and beautifully restored Farmall Cub tractor, antique cider press and a few bushels of apples to provide visitors with a unique and an authentic experience pressing apples into cider.  I don’t know who was having more fun – Dan, Bill, or the kids that continually swarmed around them to get a look at the process!  Speaking of kids, many turned out for Bob Copolla’s activities, and to take advantage of the children’s area, which was manned by a very able and helpful Jared Kapsiak and included a bean bag toss, rope ring toss, horseshoes, jump rope, croquet and scavenger hunt.  Next to Jared, Bob, and all the kids, Wendy Kennedy and her son Patrick came with the most adorable Swiss calf (appropriately named Sweetie Pie) anyone had seen for some time and a demonstration cow that the kids (and adults!) could “milk”. 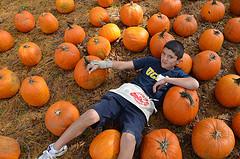 Many, many thanks to the newest members of the Friends group:

I spent as much time as I could walking about and meeting with people – I became re-acquainted with Scott Sheldon, who brought along some rare examples of Eric Sloane books for me to see, Craig Marcin brought along a WWII era aviation illustration by Sloane for me to examine (and we had time to talk about one of our favorite events – the Lewisburg Arts Festival), I met Izaac Davis for this first time (his mother named him after Izaak Blake, Noah’s father in Eric Sloane’s Diary of An Early American Boy) and I enjoyed talking with him and with Amy Gillenson – she was so kind to take me into the museum to view her family’s collection of Eric Sloane pen and ink drawings from Eric’s last book Eighty:  An American Souvenir, which her father published.  Amy is extremely knowledgeable and an absolute pleasure to speak with.  Michael Bird came equipped with his video equipment (he is a professional videographer and very generously donated his time and talents to produce both still photographs of the event and a professional video presentation) and brought his good friend Barbara Bourgeois to volunteer. Karin Peterson, Museum Director for all of Connecticut’s state-owned museums, was on hand and wonderfully of, and helpful to, the entire endeavor. 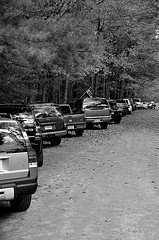 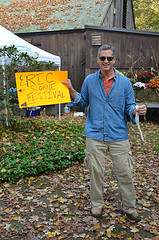 It was an absolutely fabulous day that was enjoyed by everyone -attendees, demonstrators, and volunteers. Much, much help was given (especially at the end where it was really, really appreciated) by James Purtle, Linda Hall and her incredibly helpful son Gage, and Peter and Barb Russ. Thank you to everyone who came – and a special thank you to all of our new members and volunteers – it is with through your efforts and generosity that the legacy of Eric Sloane is being not only kept alive, but shared with a new generation who can learn so much of value from this national treasure. 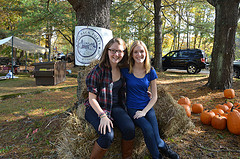 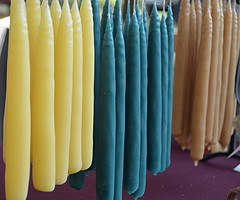 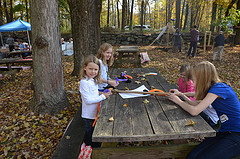