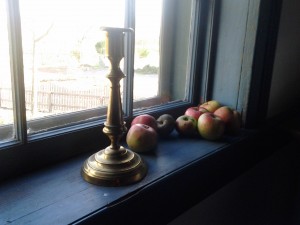 We’re looking forward to 2016’s theme that will explore Eric Sloane and New England apples. Kicking off the 2106 season will be a series of programs by Peter Montgomery. You can read more about Peter and his work with Connecticut heirloom apples here:
http://www.townvibe.com/Litchfield/November-December-2015/Apple-Skinny/